The Leyland Cypress, Cupressus × leylandii, is often referred to as just Leylandii. It is a fast-growing evergreen tree much used in horticulture, primarily for hedges and screens. It's name originates from C.J. Leyland, a sea captain, who grew some of the first hybrids on his property, Haggerston Castle, in Northumbria, in 1888.

The Leyland Cypress is a hybrid between the Monterey Cypress, Cupressus macrocarpa, and the Nootka Cypress, Cupressus nootkatensis, family Cupressaceae, both are natives of the mountains of the North American west coast. The hybrid has arisen on nearly 20 separate occasions, always by open pollination, showing the two species are readily compatible and closely related. Two other similar hybrids have also been raised, both involving Nootka Cypress with other Cupressus species:

The taxonomic status of Nootka Cypress is disputed; in the past, it was widely regarded as belonging in the genus Chamaecyparis, and in 2002 it was classified in a new genus Xanthocyparis. The most recent treatments (2004), however, transfer it to Callitropsis. In any of these treatments, the hybrids becomes very unusual in being intergeneric hybrids, the only ones ever reported among the Gymnosperms. In fact the very existence of these hybrids, and their ease of formation, is a further strong pointer (in addition to genetic and morphological evidence) for the treatment of Nootka cypress in Cupressus. It may be added that attempts to cross Nootka cypress with other Chamaecyparis species have been universally unsuccessful.

Leyland Cypresses are commonly planted in gardens to provide a quick boundary or shelter hedge. However, their rapid growth (up to a meter per year), heavy shade and great potential height (often over 20 m tall in garden conditions, they can reach at least 35 m) make them problematic. 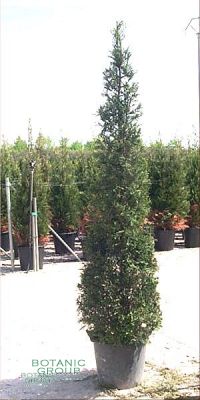 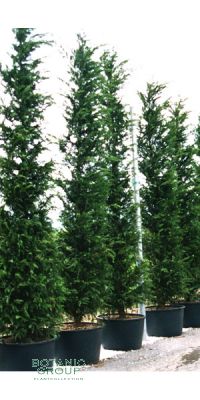 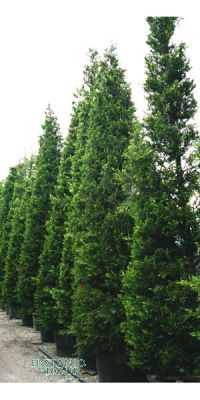 Details
Shipping time: 6-9 days
You do not have the permission to see the prices