The European Holly Ilex aquifolium is a holly native to western and southern Europe, northwest Africa and southwest Asia. It is an evergreen tree growing to 15-23 m tall and 40-80 cm trunk diameter, with smooth grey bark.

The leaves are 5-8 cm long and 2-4 cm broad, variable in shape; on young plants and low branches, with 3-5 sharp spines on each side, pointing alternately upward and downward; on higher branches of older trees with few or no spines except for the leaf tip, often entire.

The flowers are dioecious, white, four-lobed. The fruit is a red berry 6-10 mm diameter, containing four seeds; although mature in late autumn, they are very bitter so are rarely touched by birds until late winter after frost has made them softer and more palatable. They are poisonous for people.

Cultivation and uses European Holly was traditionally sacred to druids. It is also a very popular ornamental tree in its native range. Dozens of cultivars have been selected, including plants with variegated, yellow, contorted, thornless, or exceptionally thorny leaves. Female clones are particularly popular, with the shoots with berries being used as a traditional christmas decoration. The wood is heavy, hard and white; one traditional use is (together with ebony) for chess pieces, with holly for the white pieces, and ebony for the black. Other uses include turnery, inlay work and as firewood. Outside of its native range, European Holly has been widely planted in New Zealand, the cooler areas of Australia, and the Pacific Northwest of North America; in all of these areas, concern has been expressed over its becoming an invasive species harming local native vegetation. 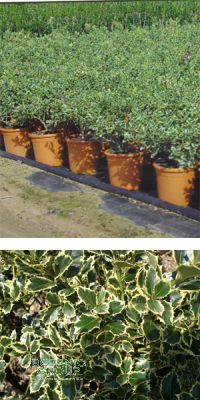 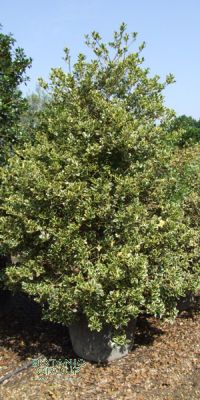 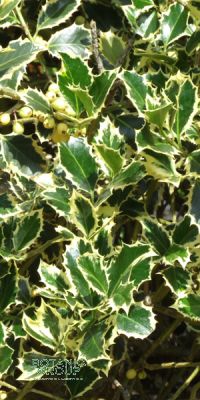