The Holm Oak - Quercus ilex, also called Holly Oak or Evergreen Oak, is a large evergreen oak native to the Mediterranean region. It is a member of the white oak section of the genus, with acorns that mature in a single summer, and is a medium-size tree to 20-27 m tall.

It has finely square-fissured blackish bark and leathery evergreen leaves. The old leaves fall 1-2 years after new leaves emerge. The leaves are dark green above, and pale whitish-grey with dense short hairs below. The leaf shape is variable, the adult leaves (above right) are entire, 4-8 cm long and 1-3 cm broad, while those on the lower branches of young trees are often larger -to 10cm long, and are toothed or somewhat spiny (see left). This is presumed to be for protection from grazing animals. In this, the foliage resembles that of the common European Holly Ilex aquifolium, and this resemblance has led to its common and botanic names.

The name ilex is originally the classical Latin name for the Holm Oak, but was later also used as a botanical genus name for the hollies. Quercus ilex subsp. ilex. Native in the north and east of the species' range, from northern Iberia and France east to Greece. Leaves narrow; acorns 2 cm long, bitter tasting.

Quercus ilex subsp. rotundifolia (syn. Q. rotundifolia, Q. ballota). Native in the southwest of the species' range, in central and southern Iberia and northwest Africa. Leaves broader; acorns 2.5 cm long, sweet tasting. While Holm Oak can be grown in much of maritime northwestern Europe, it is not tolerant of cold continental winters. It can be clipped to form a tall hedge, and it is suitable for coastal windbreaks, in any well drained soil. It forms a picturesque rounded head, with pendulous low-hanging branches. Its size and solid evergreen character gives it an imposing architectural presence that makes it valuable in many urban and garden settings. 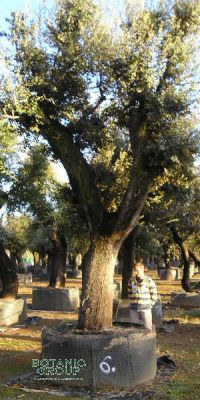 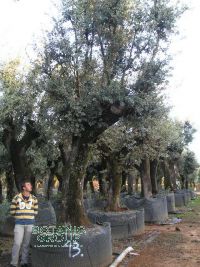 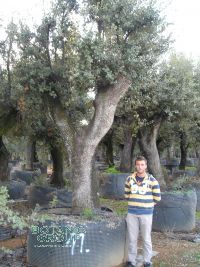 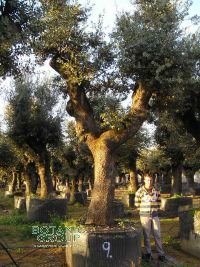 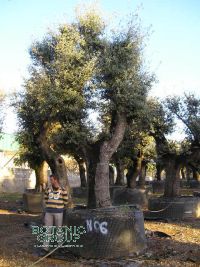 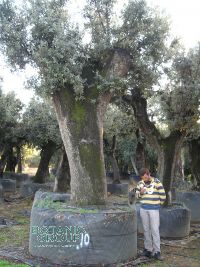