Ficus microcarpa ginseng in a Planter 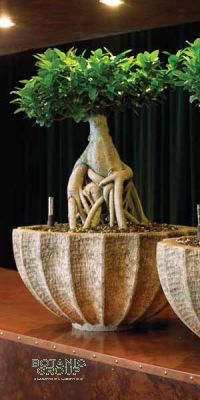